Bed Sheets With Straps – So Simple, but Genius

When my husband and I moved into a house that had a size-able bedroom, we finally got the opportunity to purchase a bigger bed – Eureka!

He’s a big guy at 6’2 and weighing in at a little over 2 bills, and we had been crammed into our Queen-sized bed since we were married and our previous bedroom was too small to fit anything else – it barely fit that bed, actually.

We took some time and evaluated different options and picked a bed that was suuuuper comfortable, but also very high up. Then I ordered one of these mattress toppers (the kind you sink into like a cloud) and the whole experience was basically heaven. I have never stayed anywhere where I didn’t miss that bed and coming home to it is a literal dream – a good one!

But nothing comes free – the price you pay for such comfort is a very tall, have to almost use a ladder to climb into it height… #FirstWorldProblems. Hoisting myself into bed is not really an issue but finding sheets that actually stay on is a pain.

I actually thought finding a sheet set that fit was never going to happen unless I sewed my own… that is, until recently.

I am a sucker for comfort and it’s one area that I don’t mind spending a little extra on – I figure we spend so many hours in bed that we should be getting the most out of that time. Typically, I buy Bed Bath & Beyond’s Pure Beech sheets which run around ~$70.00, those things are soft as all get up. BUT, they do come off the corners of the bed every night.

The problem with normal sheets is even the deep pocket sheets do not tuck under my mattress properly, and they come off every… single…. time. I had just become accustomed to hearing at some point in the night a pop (like if I moved a tiny bit or shifted positions) and that meant the corner of the sheet had popped off.  At some point in the morning I knew I’d see a ruffled-up sheet and the white liner exposed and then I’d have to pull as hard as I could to half-ass it back over the edge. If I was feeling particularly spunky I might take all the covers and pillows off and try to wedge it back under the bottom of the mattress, but that is rare because I knew IT WOULD JUST COME OFF AGAIN.

I ended up buying these little weird sheet garter belts (they probably have a better name than that) but they ended up being more frustrating than the sheet popping off.

You try to clamp it down on the ends of the sheets and it either doesn’t do it because you can’t lock it in right (I think it takes some ritual magic to make it work), or it just ends up slipping off anyway… no, not good.

Recently, we happened to pass a booth while at a home show and they were selling sheets for $35.00. I figured they would feel cheap for that price, but they felt soft and were made out of microfiber.

Nice, but I thought, “Ehh, I have soft sheets”. Then I saw something ingenious – these had little straps sewn into them that basically did the same thing the garter things did, but they were ATTACHED.

Then, the man explained to me that these sheets were made taller than most to not pop off – say whaaaaaaat??? Yes – A MUST TRY. And for $35.00 how could I go wrong?

Well, the end result was, I didn’t go wrong.

I put these on the bed right (after washing them in case there is manufacturing “stuff” on them) – and they FIT, like, actually FIT. No stretching or doing the usual awkward maneuvers to get them to secure, they just fit.

The first night I was skeptical – “will they, won’t they?”, but no popping noises. Was it just a fluke, perhaps I was particularly peaceful and didn’t move during the night? NOPE, these sheets were the real deal and have stayed on, including the corners, since I put them on.

I have sadly now packed away all my expensive sheets and have a feeling these will be the only ones I use from now on.

Be careful washing them – I usually wash everything on hot and it just has to “survive”, but have been kinder to these since they have done such a good job of staying on.

If you are experiencing the same frustrations with a tall bed – give these a try!

They also have great colors to choose from and you can get them at Amazon here.

What are your favorite kinds of sheets?

Transfer Photos from Phone to Laptop Without a USB

The Weirdest Things on Amazon

Soft and Furry Gifts for Her

What are your thoughts?

Tips to Easily Pack a Suitcase the Right Way

how to pack, packing, travel, what to packTravel

Buying a Bridesmaid Dress from Azazie 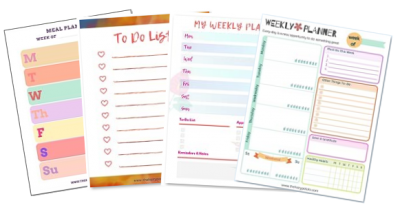 About Me
The Hairy Potato is our nick name for the family's chunky dog. Read the About Page Full Story Here

Thanks for Visiting!
The Hairy Potato is a collection of how-to's, recommendations, reviews, and other articles on home improvement, crafts, and travel.

This site uses affiliate links and if you decide to purchase something using one of the links from this site we may earn a commission on the purchase at no extra cost to you.
Thank you for supporting this site by using my links!
None of your personal information will be shared or provided to third party companies.

This website uses cookies to improve your experience while you navigate through the website. Out of these cookies, the cookies that are categorized as necessary are stored on your browser as they are essential for the working of basic functionalities of the website. We also use third-party cookies that help us analyze and understand how you use this website. These cookies will be stored in your browser only with your consent. You also have the option to opt-out of these cookies. But opting out of some of these cookies may have an effect on your browsing experience.
Necessary Always Enabled
Necessary cookies are absolutely essential for the website to function properly. This category only includes cookies that ensures basic functionalities and security features of the website. These cookies do not store any personal information.
Non-necessary
Any cookies that may not be particularly necessary for the website to function and is used specifically to collect user personal data via analytics, ads, other embedded contents are termed as non-necessary cookies. It is mandatory to procure user consent prior to running these cookies on your website.
SAVE & ACCEPT